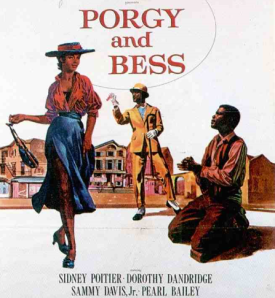 Story:  1930s opera gets a modern makeover for the big screen. Producers Mike Medavoy and Bobby Geisler are developing a contemporary film version of famed 1930’s opera Porgy and Bess. Porgy and Bess follows the story of Porgy, a disabled beggar and his attempts to rescue Bess from her violent and jealous lover, Crown and drug dealer, Sportin’ Life who tries to lead her astray.

Details: In August 2012, Broadway.com reported, two-time Oscar-nominated director Spike Lee is in negotiations to turn the Gershwin musical Porgy and Bess into a film. The musical has been a passion project for Lee for over a decade and after seeing the current Broadway revival, Lee has begun negations with the Gershwin estate to bring the opera back to the big screen. Porgy and Bess was adapted into a major motion picture in 1957, starring Sidney Poitier, Dorothy Dandridge and Sammy Davis, Jr. No timeline or casting for Lee’s remake has been confirmed. Source(s): Moviepilot; Movie Insider, Broadway.com.

1 reply to Porgy and Bess