Murray Howard owns a nightclub where entertainer Nita Walker performs.  Although admired by Dude Markey, she is in love with Jim McCoy. 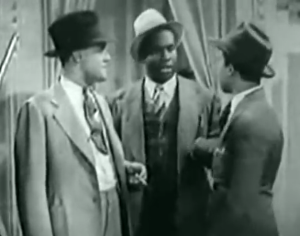 Dude and Howard offer Jim’s little brother, Tommy, a job on the condition that he ask no questions. Tommy had earlier rejected his brother’s offer of a Pullman job, despite it being a respectable position.  Tommy discovers that Dude is a criminal when he accompanies him on a safecracking job at a jewelry store that results in the murder of a night watchman. Dude brings the stolen jewels to Howard, who puts them in his safe as Dude secretly notes the combination. In the nightclub, Dude asks Snively to fix him up with Nita, who then directs her singing of “Gettin’ in Right with You” toward Jim.

Dude becomes jealous, goes to Nita’s dressing room and when Jim enters, a fight ensues between the two men. The fracas is broken up by Lanny, a policeman. When Jim escorts Sally and Nita to their rooms, he finds Tommy waiting for him. An inspector arrives and tells them of the recent robbery and murder. Tommy gets nervous and Jim tells him not to look so worried as he was not involved. 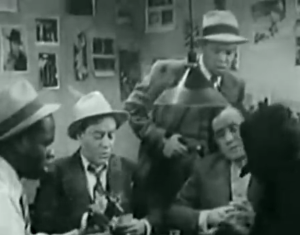 Later, Jim joins Dude and some others in a poker game. Dude excuses himself from the game, goes to Howard’s office and removes the jewels from the safe. Later Dude accuses Jim in front of Howard of robbing the safe, having previously dropped a slip of paper with the combination into Jim’s pocket. Jim escapes and goes to Nita’s. He notices the number 271 on the back of the piece of paper that holds the safe’s combination and asks Slim to find out if it is someone’s “lucky” number.

Meanwhile, Nita has found Dude’s gun in her dressing room with three cartridges missing and Jim asks Nita to lead Dude on until he can prove that Dude was the one who actually stole the jewels from Howard’s safe. Howard is unhappy that Jim got away, and Dude suggests they bring in Tommy instead. Later Dude tries to convince Nita to elope with him and she tells him to come by her place later and she will give him her answer then. Slim has found out that Dude was playing the number 271, and Nita tells Howard. 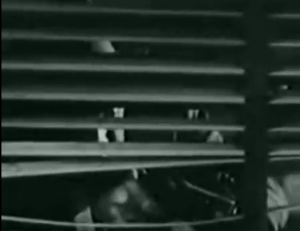 Dude overhears and shoots Howard through the window and Tommy is blamed. That night, Jim catches Dude picking up the diamonds where he’d previously hidden them.

Dude goes to Nita’s and pulls a gun on her and Sally because he knows it was Nita who told Howard that Dude robbed the safe. Jim arrives and he and Dude fight. Lanny barges in and Dude is shot. 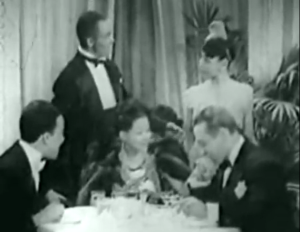 The file for the film in the MPAA/PCA Collection at the AMPAS Library contains a letter dated October 19, 1939, in which the PCA warned producer D. R. Harwin to avoid filming the “bump and kootch movements” in the dance sequence, and to remove any sexual suggestiveness in the dialogue between “Dude” and “Sharpie.” In addition, the PCA urged the producer to “minimize the showing of the slot machines… details of the jewelry store break-in … and the killing of policemen by criminals.”