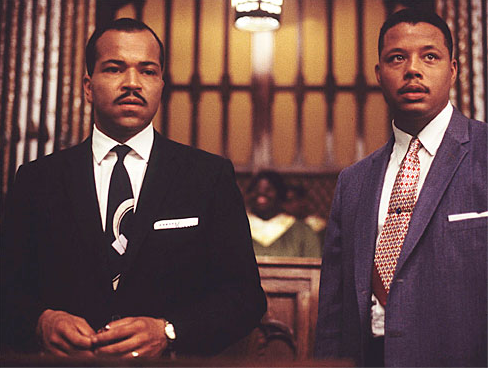 Story:   Boycott is a behind-the-scenes look at the famous Montgomery Bus Boycott of 1955. When Rosa Parks, a black, upstanding citizen of the community, defiantly refuses to give up her seat on the bus to a white man, she sets in motion a tumultuous string of events.  Her arrest is the catalyst for a one-day bus boycott to protest segregation. A young preacher, Dr. Martin Luther King, Jr., is selected as head of the newly formed Montgomery Improvement Association, the organization that will lead the boycott.

Using archival footage to establish the strained atmosphere of the era, the film is a dramatization of the one-day event which turned into a standoff that lasted well over a year and gave rise to some of the greatest leaders of the nonviolent civil rights movement.  Source(s):  commonsensemedia.org; Google; readthespirit.com; Shadow & Act; Cos’ Blog.