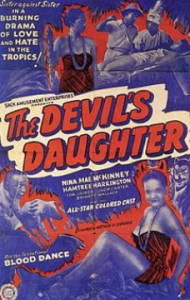 In Jamaica, after a song and a cockfight, Percy Jackson, a Harlem conman, tries to win the fighter roosters. Elvira, Sylvia Walton’s servant, likes Percy.  Sylvia, also recently arrived from New York, is the younger half-sister of Isabelle Walton, who has been running their late father’s banana plantation, although he willed it to Sylvia.

While she has long been loved by John Lowden, Sylvia now favors her overseer, Philip Ramsay, irritating John.

Elvira takes Percy to Isabelle, who is now hiding out in the jungle, and Isabelle tells Percy that his soul has been transferred into a particular pig, which must be protected.

Sylvia is unnerved by Jamaican superstitions, and anxious to maintain control of the plantation, Isabelle hopes to scare her into returning to New York. Isabelle also knows Philip has been stealing from Sylvia.  Philip proposes marriage to Sylvia, but she waits to give him her answer. 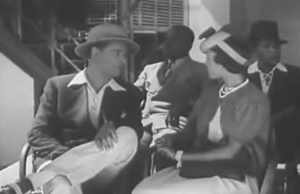 Sylvia meets with Isabelle and proposes they split the estate. But Isabelle wants all or nothing and also wants John’s love for herself. Isabelle drugs Sylvia’s drink, so that Isabelle, whose mother was Haitian, can subject Sylvia to the “obeah blood dance ritual”. 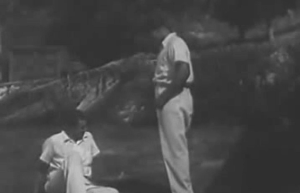 As Isabelle recites the death incantation, John interrupts the ceremony. 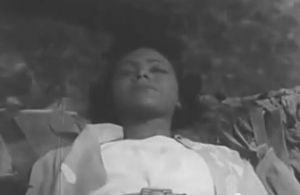 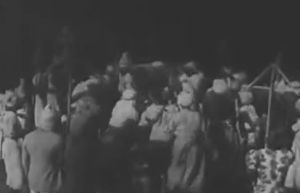 Isabelle gives John an ultimatum, send Sylvia back to New York and never see her again and she will stop the ceremony.

Eventually Isabelle admits that Sylvia is not under a spell and was only drugged. When she learns the police have been called, Isabelle dismisses her followers and tells them they were only having a little ‘pocomania.’

Elvira and Percy also arrive on the scene, having spent the evening searching for Percy’s “soul” pig, unaware that the cook has already slaughtered it.

John reunites the two sisters, and Isabelle tells Sylvia the truth about Philip, that he only pretended to love her because he wanted the plantation. Isabelle explains to Percy that the pig story was a joke and they agree sit down for a meal of roast pork.

The Devil’s Daughter was also reviewed under the title Pocomania, a word used by Isabelle to describe the “obeah.”

Although reviews and modern sources commonly identify Isabelle as a practitioner of voodoo, this word is never used in the film, instead, her supposed magical power is called “obeah.”

Remake of the 1936 film Ouanga (also known as Drums in the Night, Drums of the Jungle, Love Wanga) which starred Fredi Washington, Philip Brandon, and Marie Paxton.