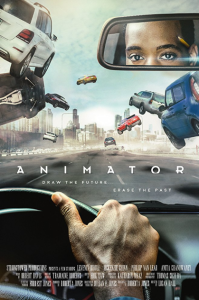 Story:   What would YOU do if you could draw the future and erase the past? That’s what Neal, has to figure out after he is mysteriously gifted with this astonishing power.  Should Neal use his power to change the world? Or for selfish gain? (What would YOU do?)  Commercial artist Neal Stewart takes an animation class with a mysterious professor that connects him to the ancient Griots of West Africa and the power to draw the future. When his girlfriend commits suicide, he learns he can erase the past with chilling consequences.  Source:  ABFF official site.