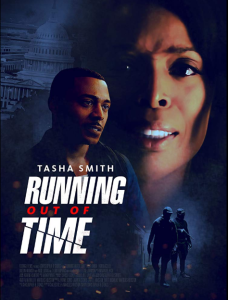 Story:  Brenda Harper (Tasha Smith) recently suffered the loss of her husband from a sudden death. Newly widowed, taking care of her teenage daughter and ailing mother (Telma Hopkins), Brenda is the sole beneficiary of her husband’s assets, which include millions of dollars, property, and most importantly, a secret file that she has yet to discover.  Brenda finds out from her husband’s closest friend, Cain (RonReaco Lee) that the file is hidden inside their home, so they think, when they are all taken hostage at Brenda’s Summer home by two masked men, who are now threatening to kill them all if they don’t turn over the file. Having no answers, Brenda, her daughter, mother and Cain are tied up and held hostage until the masked men get what they want.  With time running out, Brenda has to do whatever she can to ensure her family’s survival.  The film was co-written by Marques Houston.  Source:  Black Film.