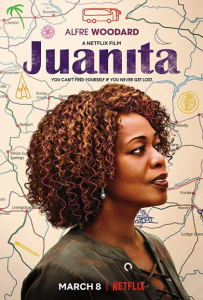 Story:   At forty-one, Juanita Lewis is running away from home, courtesy of a one-way ticket to Montana, a place that seems about as far away from the violence and poverty of the Columbus, Ohio, projects as the moon.  She wants adventure and excitement–if such things exist for a pre-menopausal African-American woman with three grown, deadbeat children.

Juanita’s new life in Paper Moon, Montana, begins at a local diner where a culinary face-off with chef and owner Jess Gardiner finds Juanita in front of Jess’s stove serving up home cookin’ that lures the townsfolk like a magic spell. And suddenly Juanita, who was just passin’ through, now has a job by popular demand.

Out here in this wide-open space, Juanita’s heart can no longer hide, especially when she sees herself through the eyes of the wonderful and eccentric people of this down-to-earth town.  She’s happy in Paper Moon; she’s found a home, but can she stay?  And then there’s Jess.  She has always dreamed of romance, but she never planned on falling in love.  The film is based on Sheila Williams’ book Dancing on the Edge of the Roof.  Source:  Eurweb.com.