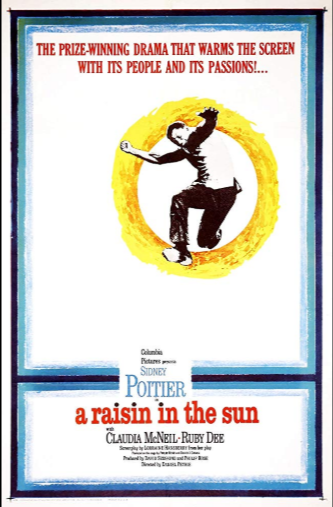 Details:  Adapted from the 1959 play of the same name by Lorraine Hansberry, the film follows members of a poor black family who desire a better life.  Voted One of the Year’s Ten Best Films by the 1961 New York Times Film Critics.  In 2005, the film was selected for preservation in the National Film Registry by the Library of Congress as being “culturally, historically, or aesthetically significant”.  In 2008, a made-for -television version of the film was directed by Kenny Leon and starred Sean Combs, Audra McDonald, Phylicia Rashad, and Sanaa Lathan who reprised their roles from the 2004 revival. 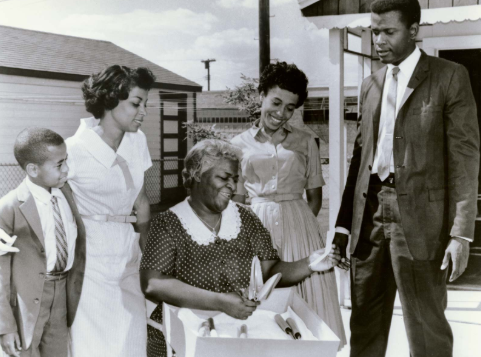 Story:  The Younger family—Walter Lee, his wife Ruth, younger sister Beneatha, son Travis and mother Lena—live in a small crowded apartment on Chicago’s South Side. They are anticipating a life insurance check for the death of Lena’s husband’s in the amount of $10,000, and each of them has an idea as to what to do with this money. Matriarch Lena wants to buy a house to fulfill the dream she shared with her deceased husband.  Walter Lee would rather use the money to invest in a liquor store so he can rise above his status of chauffeur for a wealthy white man. Ruth, wanting to provide more space and better opportunities for Travis, agrees with Lena. Beneatha would like to use the money to pay her medical school tuition.

Lena spends $3,500 for a down payment on a house in Clybourne Park.  Frustrated and angry, Walter Lee quarrels with his mother and wife, then storms out.  Lena finds him in a bar and, gives him the remaining $6,500.  She tells him to save $3,000 for Beneatha’s medical school and to take the remaining $3,500 for his own investments. Meanwhile, Ruth discovers she is pregnant and, fearing another child will add to the financial pressures, considers having an abortion. Walter voices no objection, but Lena is strongly against it.  Beneatha has her own drama and rejects her suitor George, believing he’s blind to the problems of their race. Her Nigerian classmate proposes to her, wanting to take her to Africa with him after they finish school, but she is unsure what to do. 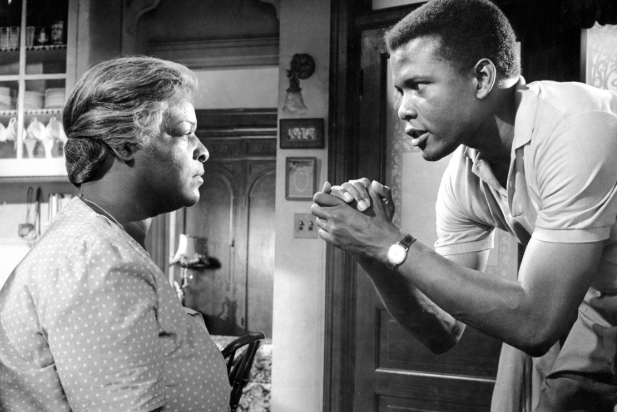 When their future neighbors find out the Youngers are moving in, they send a hypocritical representative of an “improvement association,” Mark Lindner who offers to buy back the house at a higher price to preserve the community’s all-white character, but they refuse. Meanwhile, Walter loses the insurance money when one of his “partners in the liquor store scheme skips town with the money.

Realizing he has betrayed his mother’s trust, threatened his sister’s future, and thrown away his father’s life savings, Walter Lee desperately decides to take Lindner up on his offer, even while his family begs him not to sell away their dignity.  When Lindner arrives, Walter has a last-minute change of heart realizing that such a move would be a step backwards and rejects the offer once again. The Youngers eventually move out of their apartment, fulfilling their dream, though it means hard work and years of sacrifice for all.  Source(s):  Wikipedia, TCM, britannica.com, MoMA.org, Movingimage.us, mediayifyhdtorrent.net.