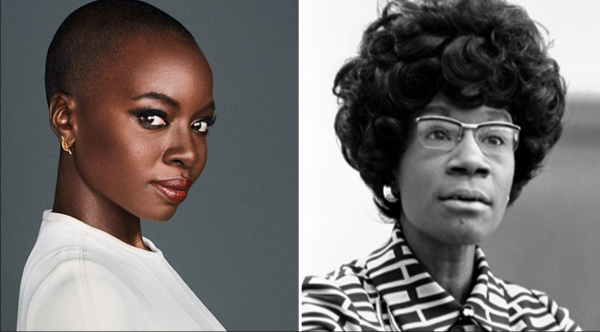 Details:  On November 11, 2020, Entertainment Weekly reported that Danai Gurira is going from fighting zombies to fighting the status quo in politics.  The Walking Dead star has landed the starring role in The Fighting Shirley Chisholm. The film tells the story of the first Black congresswoman Shirley Chisholm and her groundbreaking 1972 presidential campaign.

While The Fighting Shirley Chisholm follows the titular political figure’s historical run for office as the first woman and the first person of color to seek a major party’s presidential nomination, it is not considered a biopic. The movie instead will focus on Chisholm’s campaign and the wide-ranging impact it had on America’s youth at the time, as well as how “her efforts to gain enough delegates to speak for the people at the Democratic Convention” challenged the political status quo.

Back in 2018, Viola Davis was set to star and executive produce the film when it was at Amazon Studios. And more recently Uzo Aduba won an Emmy for playing Chisholm in FX’s Mrs. America.  Gurira currently stars as Okoye in the Marvel Cinematic Universe and is set to reprise the role in the upcoming Black Panther sequel.  Source(s):  ew.com; Variety.  Photo Source(s):  nytimes.com; blackchristiannews.com.