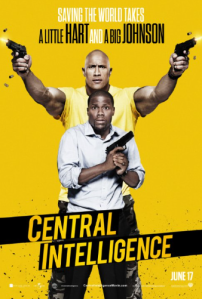 Kevin Hart plays an accountant who was a big deal in high school. As the class reunion approaches, he’s contacted by a former classmate, Bob (Johnson), who was picked on back in the day. The former “loser” is now a CIA contract killer, and he gets Hart’s character involved in a plan to stop a sale of classified military secrets. Source(s): Slashfilm; IMDB.