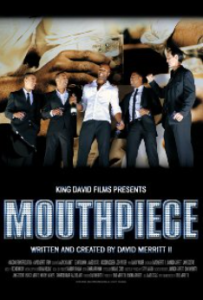 Story:  Matt, a young black filmmaker comes to L.A. to document his cousin, 3D’s, hot, new book on dating, The Laws. The Laws is a step-by-step guide that teaches any man to get what he wants: money, power and sex. You have to know how to sell it. Matt puts the laws to the test. And quickly joins the fast, raunchy, sexy, intoxicating nightlife of Hollywood. Armed with The Laws, and the Half naked Crew, (3D, Big Country, Cochise and Five Feet of Hell), Matt swims in the most bizarre, dysfunctional dating pool in America. Los Angeles. In a world of madness and illusion, can he find true love? Matt learns that in order to make it in Hollywood, you have to have game, you have to know the laws, you have to have a “Mouthpiece.” Source(s): Official Facebook Page, IMDB.