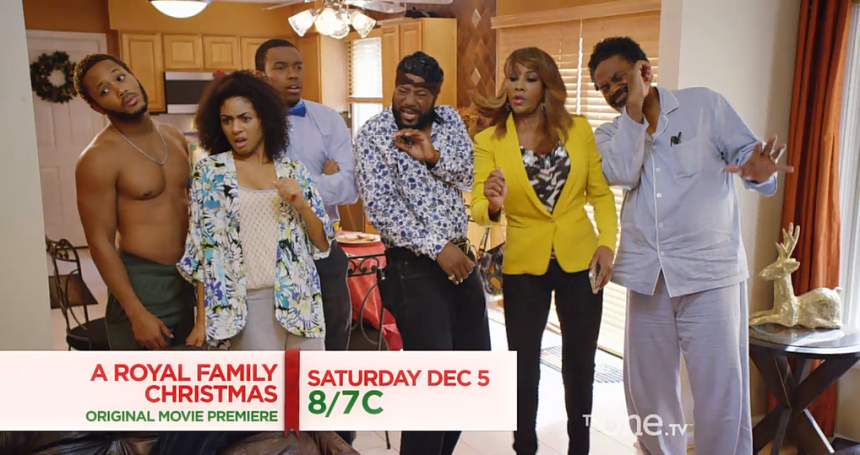 Story:  Sequel to “Royal Family Holiday.” The children Phillip “Flip” Royal (Romeo Miller), a good-looking spiritual guru; Austin Royal (Eric Myrick III), a Washington, D.C. community activist; Kelsey Royal (Chelsea Tavares), a fashion designer’s gopher; and Pamela Royal (Taquilla Whitfield), a hair and nail salon owner; join forces to reunite their parents in time for Christmas. They try every trick in the book – including “playing nice” and setting aside old sibling rivalries – only to learn their mom and dad are enjoying “the single life.” Their plan also goes awry as getting their parents back together ends up taking a back seat to their own personal and professional drama. Sources: Shadow and Act; TV One.

Watch the trailer at TV One: http://tvone.tv/26132/a-royal-family-christmas-premieres-saturday-at-87c/