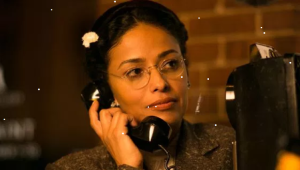 Story:   Behind the Movement is a fast-paced retelling of how Rosa Parks’ refusal to give up her seat launched the history-making Montgomery Bus Boycott. The film reveals the untold story of how a group of everyday people decided this incident was the right time to take a stand for their civil rights and demand equal treatment.   Source:  TV One.