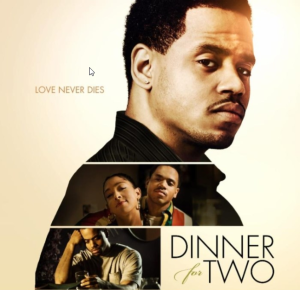 Story:   When Christopher lost his one true love, Angela, his life became a complicated mess. He has a simple solution: Tonight, he will prepare his Last Supper. He will play his dinner music, the soundtrack of their love, of their life together. He will eat his meal, a meal they shared so many times.  And then he will take his own life, “un-complicating” things for good. Angela shows up to stop him. She has a simple message: “Live.”  He has a simple response:  “I want you back.” But as they both know, and as we will learn as they break bread over broken hearts, things between them are never as simple as they seem.  Source:  ABFF official site.  Photo Source:  TV One.