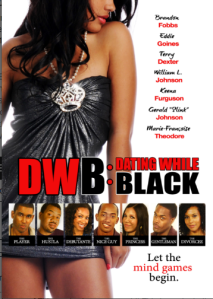 Story:   DWB: Dating While Black is a very honest and comedic look at the dating process through the eyes of several individuals. Two former co-workers, Eric and Alex, have been recently laid off from their jobs and they run into each other on a job interview. While searching for new jobs, they forge a personal relationship that involves Alex, a womanizing ladies’ man, helping the naive and recently dumped Eric understand women better. Along the way are various dating scenarios from different characters who come in and out of the lives of both Alex and Eric who all demonstrate the struggles, strains, and triumphs of Dating While Black.  Source:  Maverick Entertainment.