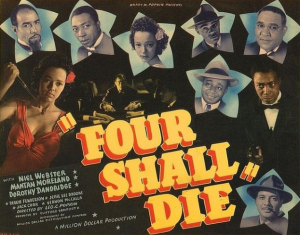 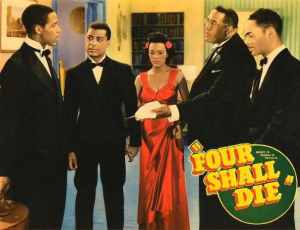 Story:
Helen Fielding, heir to the fortune of the late millionaire Roger Fielding, Sr., has broken off her relationship with the unscrupulous Lew Covey to pursue a romance with reporter Bill Summers. Covey, determined to get at Helen’s inheritance, vows to win her back. When Hickson, a friend of Helen’s, tells Dr. Hugh Leonard and Covey about a visitation he had from his dead mother’s spirit, Covey expresses disbelief and bets Hickson that he can’t prove the visitation took place so Hickson takes the men to Dr. Ronald Webb’s spiritualistic parlor.  There the voice of “Momba,” an angry spirit, warns Covey that he will die later that night. The spirit also portends the deaths of Hickson and Leonard, telling them that they will die one day apart from each other following Covey’s death.  The spirit of Helen’s dead father, Roger Fielding, Sr., also visits and warns that his son Roger Fielding, Jr., will be the next to die. 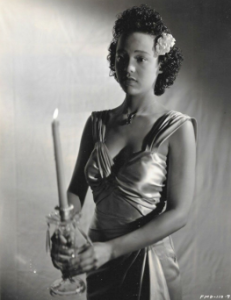 Later that night, Helen discovers Covey’s dead body in her room.  They agree not to tell the police about the death, and instead call on the famous detective Pierre Touissant and his assistant, Beefus, to help solve the case. The following night, Hickson is shot to death by a man named Jefferson after a violent quarrel.   Hoping to escape from his predicted fate, Roger takes the advice of Webb and plans to set sail for Argentina, but Touissant and Beefus prevent him from leaving.

Eventually Touissant exposes Webb who had planned all along to frighten everyone with fake apparitions and phony murders in order to get the inheritance. Covey and Hickson, who are very much alive, arrive with the police, proving Touissant’s explanation was true.

The plot summary was taken from a synopsis contained in the file for the film in the MPAA/PCA Collection at the AMPAS Library.  According to a Hollywood Reporter news item, “Pierre Touissant” was the name of the “grandson of Toussaint L’Overture, Haitian general who defied Napoleon.”

This film is presumed lost.