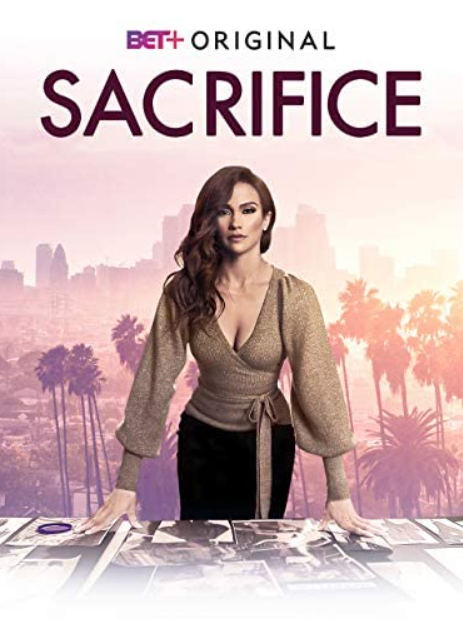 Details:  On 9/28/20 BET announced that legal thriller Sacrifice starring Paula Patton has been picked up to series. The movie launched on BET+ in December 2019 and was the first original film on the streaming service. Sacrifice takes place in Los Angeles following Daniella Hernandez, a highly sought-after entertainment lawyer, as she navigates the nefarious lives of her rich and famous clients. Patton will resume her role in the 10-episode series, accompanied by returning cast members Marques Houston, James Trevena Brown, Veronika Bozeman, Altonio Jackson, Liliana Montenegro, Michael Toland, and Nelson Bonilla.

The series will delve deeper into Daniella’s complicated personal life. She is a recovering alcoholic who compensates for her suppressed addiction with men and the adrenaline of defending the worst in the entertainment world against an over-zealous D.A. sworn to bring them all to justice.  Daniella’s unimpeachable clients need her help, wisdom and resourcefulness – as do all the corrupt ones.  She is the classic conundrum of doing good for bad reasons and doing bad for good reasons.  Maybe it’s luck, maybe it’s skill, maybe it’s because she’s beautiful, but Daniella gets away with it… so far.  Source:  BET.com.

Story:   Sacrifice is a legal thriller which stars Paula Patton as Daniella Hernandez, a highly sought after entertainment lawyer and tracks her as she navigates the nefarious lives of her rich and famous clients. Daniella has a reputation that proves problematic to LA Law enforcement, forcing her to be at odds with her sorority sister turned nemesis District Attorney Beverly Rucker (Erica Ash). In an attempt to protect her often unscrupulous clients, Daniella enlists the services of her resourceful assistant and a young ex-hacker and tech genius.

Sacrifice will be a two-hour movie and double as a backdoor pilot.  Source(s):  Black Film; The Hollywood Reporter.