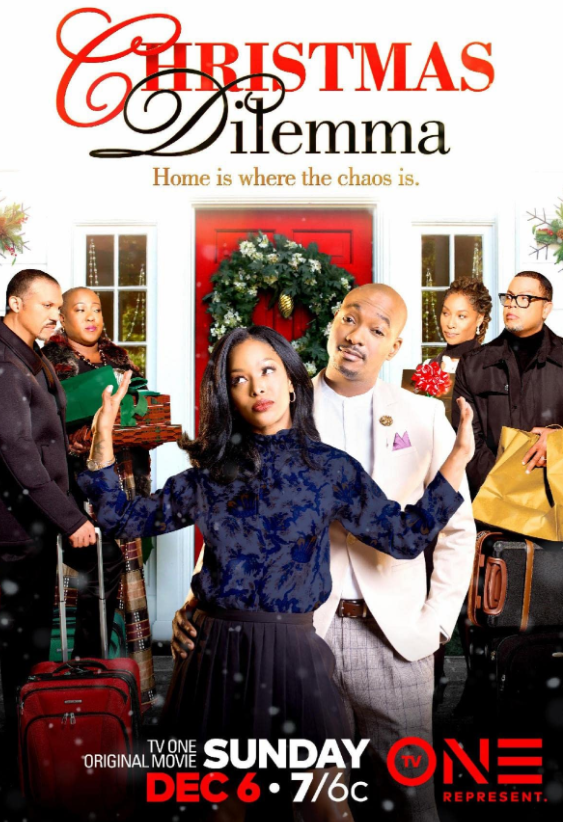 Story:  Christmas Dilemma follows a newlywed couple Jay (B.J. Britt) and Monica (Brittany Hall) as they struggle to decide which set of in-laws they should join for their first Christmas. After each pleads their case and even attempts a little trickery, they decide to bypass the guaranteed disappointment of picking one family over the other. Unbeknownst to them, the decision is made for them when their families show up at their home unexpectedly. Drama ensues as the in-laws clash, long-lost relatives decide to make an appearance, and Jay’s grandmother joins the holiday festivities accompanied her caretaker who just happens to be Jay’s gorgeous ex-girlfriend.  Source(s):  IMDB; Shadow & Act.