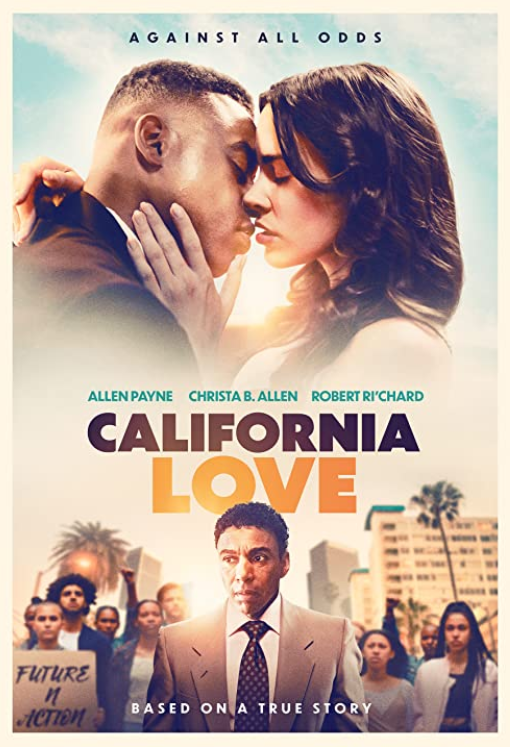 Story:  Based on a true story, California Love takes place in 1992 Los Angeles. Joanne Beck (Christa B. Allen) is a young, aspiring entrepreneur whose idealistic outlook suffers a blow when she experiences sexism in the workplace. Looking for a change, Joanne volunteers at community leader Leon Watkins’ (Allen Payne) help center in South Central. Meanwhile, reputed gang member Jay Hunter (Robert Ri’chard), back on the streets following a bid in prison, is nearly killed in a drive-by shooting. When Jay comes to Leon for a loan, he meets Joanne, and their fate is set in motion. The unlikely duo defies social constructs and forms an organization that gains national recognition in the fight against racial injustice. Along the way, they experience love, tragedy, and the deep-seated racism that continues to plague America, ultimately leaving behind a legacy that is as relevant today as ever before.  Source:  filmifeed.com.