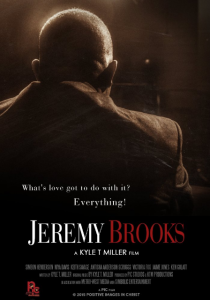 Story:   Jeremy Brooks is an ambitious professional seeking to hit it big in the newsroom and become a leading anchor.  During his journey he lets his personal life and bouts between friends hold him back and lose his focus on who he is and what his goals are. Struggling within himself, his life becomes a holding pattern until his focus and ambition is realigned with a new found faith in God and himself.  Source(s):  Metro West Media, Official site; Maverick Entertainment; IMDB.