Story:  Paper Gods spotlights the struggles and battles professionally and personally for Atlanta Mayor Victoria Dobb, who will be portrayed by Nia Long in the series. The third novel by ex-political strategist and now Daily Beast editor-at-large Goldie Taylor, Paper Gods peels back the layers on the assassination of Dobb’s mentor, a much-venerated congressman, to reveal a greater deception.

Details:  According to an August 10, 2020 report in Deadline, John Legend’s Get Lifted Film Co. is teaming with Sony Pictures TV to bring  the 2018 novel to ABC. Long and Taylor are set to produce the small-screen adaptation.  Source:  Deadline; BET.com.  Photo Source:  IMDB.

16 Mar 202128 Feb 2021 by blackcinemaconnection Categories: Rumoured or Announced ProjectsTags: Based On A Novel, Nia Long Leave a comment

Story:  The film is based on Teri Woods’ hit novel of the same name.  Bernard “Dutch” James Jr., is an ambitious drug dealer who has his sights set on becoming the East Coast’s top drug lord while battling a high-profile court case.  From his early skill as a car thief, Dutch recognized the opportunity to rule the streets and he seized it. With both the protection and respect of the Mafia, Dutch becomes the most terrifying force on the streets. District Attorney Anthony Jacobs is determined to take down Dutch and his crew, and he’s confident that his witnesses will testify against them.  The book “Dutch” was part of a trilogy series that first began in 2003. It was followed by “Dutch II: Angel’s Revenge,” and “Dutch III: International Gangster.”Source(s):  vibe.com; abff.com/2020; IMDB; defpen.com. 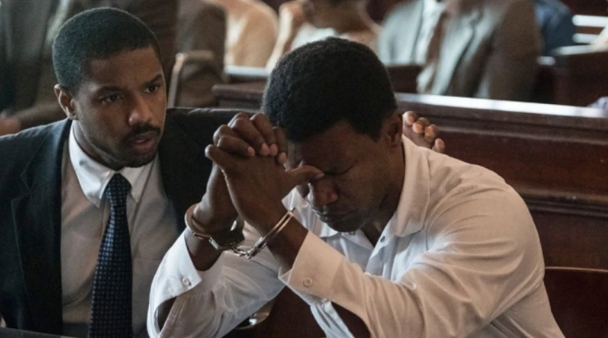 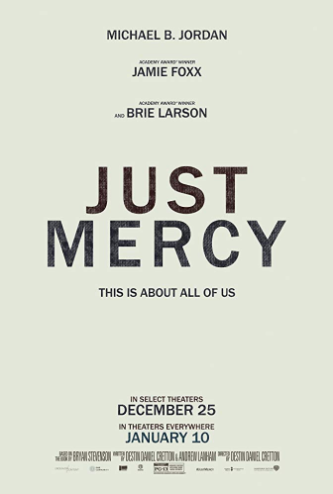 Story:   A powerful and thought-provoking true story, Just Mercy follows young lawyer Bryan Stevenson (Jordan) and his history-making battle for justice. After graduating from Harvard, Bryan might have had his pick of lucrative jobs. Instead, he heads to Alabama to defend those wrongly condemned, with the support of local advocate Eva Ansley (Larson). One of his first, and most incendiary, cases is that of Walter McMillian (Foxx), who, in 1987, was sentenced to die for the notorious murder of an 18-year-old girl, despite a preponderance of evidence proving his innocence and the fact that the only testimony against him came from a criminal with a motive to lie. In the years that follow, Bryan becomes embroiled in a labyrinth of legal and political maneuverings and overt and unabashed racism as he fights for Walter, and others like him, with the odds and the system stacked against them.  Source:  Rotten Tomatoes.  Photo Source:  indiewire.

12 Mar 201926 Jan 2020 by blackcinemaconnection Categories: Upcoming FilmsTags: Based On A Novel, Based on Actual Events, Jamie Foxx, Michael B. Jordan, O'Shea Jackson 1 Comment

Release Date:   11/20/18; DVD
Genre:  Romance
Rating:  NR
Director:  Janice Dennie
Studio(s):   Kente Productions
Running Time:  97 mins.
Cast:  Kareef Groce (Kenton Underwood), Felicia Sails (Tiffany Young).
Story:   The feature-length film is based on Janice L. Dennie’s novel, “Kenton’s Vintage Affair” part of her The Underwoods of Napa Valley book series. Kenton Underwood is protective of his family and environment in the bucolic town of Napa, California. He fights an uphill battle of balancing his personal issues, complicated love relationships, and obstacles in the competitive Napa Valley wine industry, all while striving to protect his family in the city he calls home. Unemployed chef, Briana Rutledge inherits a cottage next door to the Underwood winery. She longs for a family, but because of personal issues she fears love, so she focuses on her career and her dream of opening a restaurant. Kenton’s ex-girlfriend, Tiffany Young is a spoiled Daddy’s Girl who doesn’t care who she hurts as long as she gets what she wants. Restauranteur, Nathaniel Young, Tiffany’s father, plots to run Briana out of town because her restaurant is too close to his.  Source(s):  Maverick Entertainment; theunderwoodsofnapavalley.com, official site.

16 Nov 2018 by blackcinemaconnection Categories: Upcoming FilmsTags: Based On A Novel, Maverick Entertainment Leave a comment 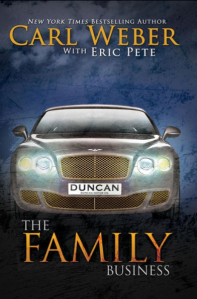 Story:   Based on Carl Weber’s The Family Business, first in a series of eight novels, about the travails of the Duncan family.  Ernie Hudson portrays L. C. Duncan, patriarch of the family, who runs a thriving exotic car dealership. When he thinks about passing the leadership reigns to one of his sons, the Duncans quickly come under siege from some of the Top Politicians, Mafia and Drug cartels in the city. The Duncan’s will have to stick together–or die separately.  Source:  Deadline; IMDB.

Story:  Based on the novel of the same name written by Teri Woods. The film is about a charismatic drug lord, played by Columbus Short, who falls for a young girl from Philadelphia. He begins planning a way out of the crime world with his love for her, but tragedy strikes just as he is about to start his new life.  Source:  Firstshowing.net.