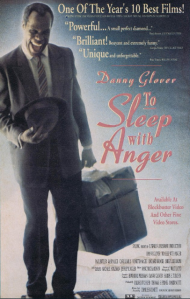 Story:  Danny Glover stars as Harry Mention, a mysterious drifter from the South who visits an old acquaintance (Paul Butler), now leading a middle-class life with his family in South Central Los Angeles.  Though imbued with charm and traditional manners, Harry has a knack for mischief that creates powerful rifts throughout the family.  Source:  Film Society Lincoln Center; IMDB. 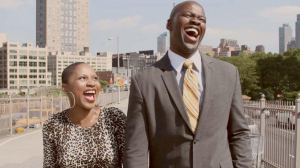 Story:  The ticking of her biological clock brings Emon, a hard-driving executive in line for a big promotion, to a decision not shared by her amiable husband Idreese in this intimate drama.   A guilty secret buried in her past and an unspoken trauma lurking in his brings on a crisis, as the future of their seemingly perfect marriage hangs in the balance.  Facing unfinished business with former partners and making peace with actions that cannot be undone become the keys to healing.  Source(s):  Siskel Film Center; IMDB. 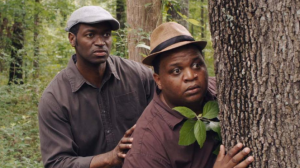 Story:  Set in the Jim Crow South and bursting with goofy musical numbers and slapstick, Jerico takes the daring step of creating high comedy from the darker and more violent aspects of segregation.  A Klan action over an African American man’s bid for promotion at work leaves a family legacy that the next generation is forced to reckon with on the very day the Civil Rights Act passes. Crazy chases, ruses, redneck villains, romantic missteps, and a black man in white face all keep this plot humming, as two guys just trying to get to work become unintentional heroes on that fateful 1964 morning.  Source(s):  Siskel Film Center; IMDB.

Story:   An interracial marriage undergoes a trial by fire when a dispute over the Thanksgiving turkey precipitates an emotional look at the very roots of the relationship. In order to achieve cultural veracity, the biracial production team divided responsibilities, with Saquan Jones (African American male) directing Charles (Ifrene), the African American husband, and Erin Ryan (Caucasian female) directing Amanda (Bloom), his Caucasian wife.  Flashbacks point up the sexual chemistry that underlies the couple’s love, but glaring cultural differences come into play, sometimes humorously, when friends and family enter the equation, and a toddler son begs the question of identity anew.  Source:  Siskel Film Center. 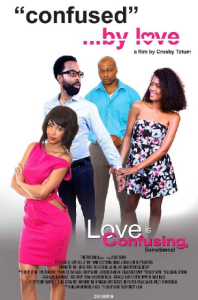 Story:  The one-year marriage of Ferguson, a shy, bespectacled author, and his spendaholic Gucci-gal wife Tiffany seems headed for the rocks. Arriving only steps behind the foreclosure notice on their posh suburban split-level is Ferguson’s high-rolling pal Reggie, with significant other Jo-Jo, who just happens to be Ferguson’s ex-girlfriend. Reggie makes a financial proposition, and the stage is set for games, not strictly limited to Truth or Dare and Spin the Bottle.  Source:  Siskel Film Center.